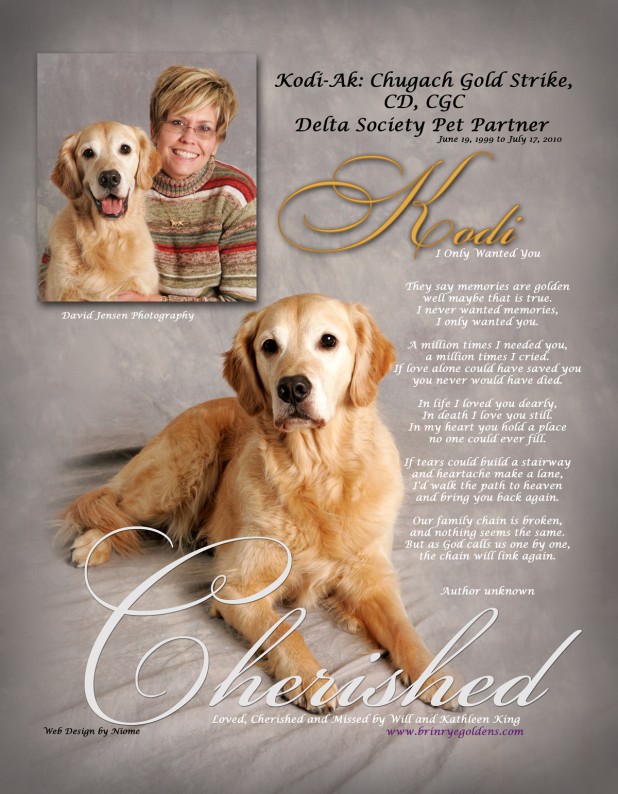 Kodi is my first Golden Retriever and just turned 9 years of age on June 19th,2008. We began our adventure together training for obedience in which Kodi earned his Canine Good Citizenship certificate at 8 months of age and later his American Kennel Club (AKC) Companion Dog title.  He has the wonderful temperament that Golden Retrievers are known for and this is what brought us to become a pet partner team in March 2003.

We started our visits at Providence Horizon House Assisted Living Facility. He loved visiting the older folks. He enjoyed all the attention and especially the belly rubs. There were two ladies that just loved him but I could never get them to sit together. Kodi and I would walk into the room and they would always sit on opposite sides of the room and would begin calling to him and he would never know which one to go first. I could see his brain at work trying to figure out what to do without hurting anyone’s feelings.

When Providence Hospital became more open to allowing dogs in the facility we began visiting there. We have visited Adult Mental Health, Adolescent Mental Health, Pediatrics, the Shot Clinic and spent Christmas Day in the lobby.

Kodi was not raised around young children, but you would never suspect that, given his demeanor and interaction with ‘little ones’. For example, he has tolerated ear tugs, tail tugs and even fingers up his nose! He just loves attention, no matter what form it comes in.

Kodi has also become a regular at the Adolescent Mental Health Ward where the staff have nicknamed the ‘tie dog’. He has a tie for every occasion and the kids just love it. I don’t care how down they are, when they see him come around the corner wearing his tie they begin to smile and so do the counselors and nurses. Kodi is a dog that wears his heart on his sleeve (even though he doesn’t have one). He has always focused more on the kids that seem down.

On one particular visit to the ward, there was a young lady there who appeared very depressed. He had made his rounds with all the kids, got his treats and belly rubs from them, but seemed to notice that she didn’t want anything to do with anyone in the room, including him. So he walked up and sat down in front of her and sniffed both of her wrists which were bandaged and then placed his head gently in her lap as to say, ‘don’t worry everything will be ok’. I have to say that this brought tears to my eyes. The young lady looked stunned and asked me if she had to pet him. I told her no and that I would be happy to move him if she was uncomfortable, but she said no, it was ok, just as long as she didn’t have to pet him. Well, I guess she realized that he wasn’t going to move until he got some attention from her or she just got drawn into those big sappy brown eyes of his, but the next thing I knew she began petting him. She then asked one of the other kids to hand her the treats. She began to join in with the rest of the group and laughed and joked. By the end of the visit she gave him a hug and told me thank you. Needless to say, Kodi did not go home hungry that day. The counselor told me after our visit that this was the first time this young lady had participated in a group function or really had spoken to anyone since arriving at the hospital. We left the hospital that day knowing we had brought a smile to someone’s life and how rewarding being a pet partner team truly is. 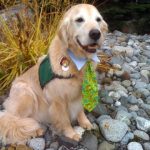 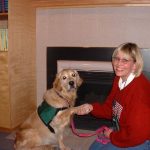 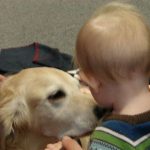 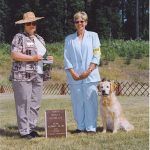 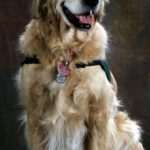 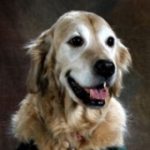 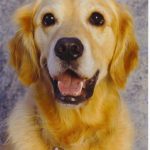 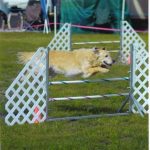